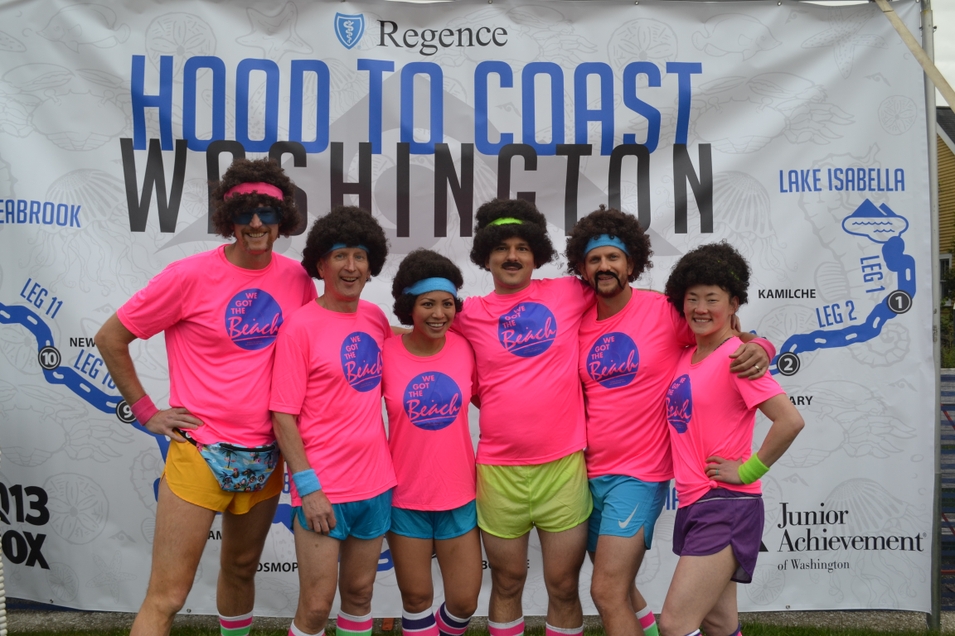 This blog is a guest post from Mark Hett, who works in Regence's Marketing department. Mark participated as a relay team member in the 2nd Annual Regence Hood to Coast Washington 2018 and shares his reflections on the race and how the enduring spirit of empathy, trust and collaboration led to a fearless finish for the team.

I recently participated in the 2nd Annual Hood to Coast Washington relay race: 12 legs over 77 scenic miles starting at Lake Isabella State Park near Washington’s Hood Canal and ending in the beautiful seaside town of Seabrook. As the title sponsor, Regence was proud to partner with Hood to Coast, along with Q13 FOX to provide a first-rate experience for runners, walkers and the communities the race passed through.

The event epitomizes Regence values, especially when you consider each running and walking team’s commitment to trust, empathy, and collaboration. The training and courage required to push through the exhaustion to successfully complete the race, created a true bond among our team members. As the Regence billboard on the race route just outside of Aberdeen declared, every team is “fearless to the finish.” 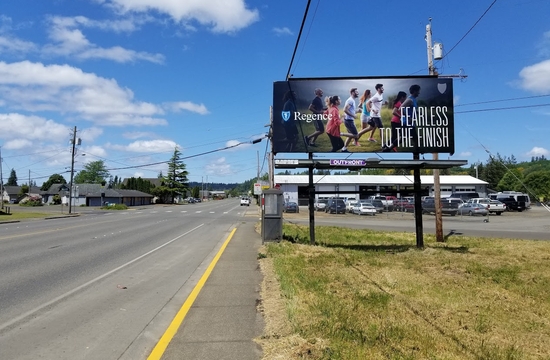 One fun highlight was that many Hood to Coast relay teams opted for costumes, with varying degrees of commitment. Our team, aptly named “We Got the Beach”, participated in 80’s throwback costumes with wigs, hot-pink shirts and short, shorts, which created fantastic chemistry, not to mention a few quizzical looks from the locals. 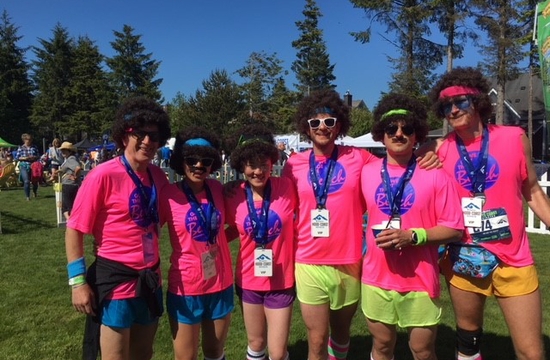 Waking up before daylight for the 5 A.M. start time, may not sound glamorous, but it has its perks. A definite plus when you’re up at dawn is being able to watch the first light of sunrise, with a spectrum of red, orange and purple hues.

While it was still dark, our first runner, Ako Knuttgen, donned her headlamp and reflective vest and off she went through the forested trail surrounding Lake Isabella, with the reflection of the moon still visible on the water.

Quinn Chiotti, Jeremy Allen and Brett Webster, Regence producers and customers ran the middle-stretches of relays through winding country roads and city streets and our own Jeremy Whelham anchored the finish. And what a finish it was!

We placed third in our division (although we received medals for second place due to a technicality). More importantly, we finished with a sense of pride, accomplishment and team camaraderie second to none.

In between stretches of runs, sweaty and exhausted, we all bonded over the course of the 11-hour race; all of us crammed in the back of a van, laughing, swapping stories and happy over being able to finish our races strong.

Happy race day! Teams are out walking and running to the finish line. “#Fearless is getting there together” #HTCWA #WeAreRegence pic.twitter.com/ddonfahAEQ

The post-race party was a lot of fun and provided the opportunity to swap stories of the trials and tribulations each team inevitably endured along the race route. We all shared our tales of sleep deprivation, team vans temporarily veering off course and running and walking in the hot sun. But mostly, it was about congratulating our fellow teams and team members on a job well done, basking in the glow of physical and mental accomplishment and the enduring power of teamwork.