A public health issue for teens: Expert tips on how to spot and combat cyberbullying 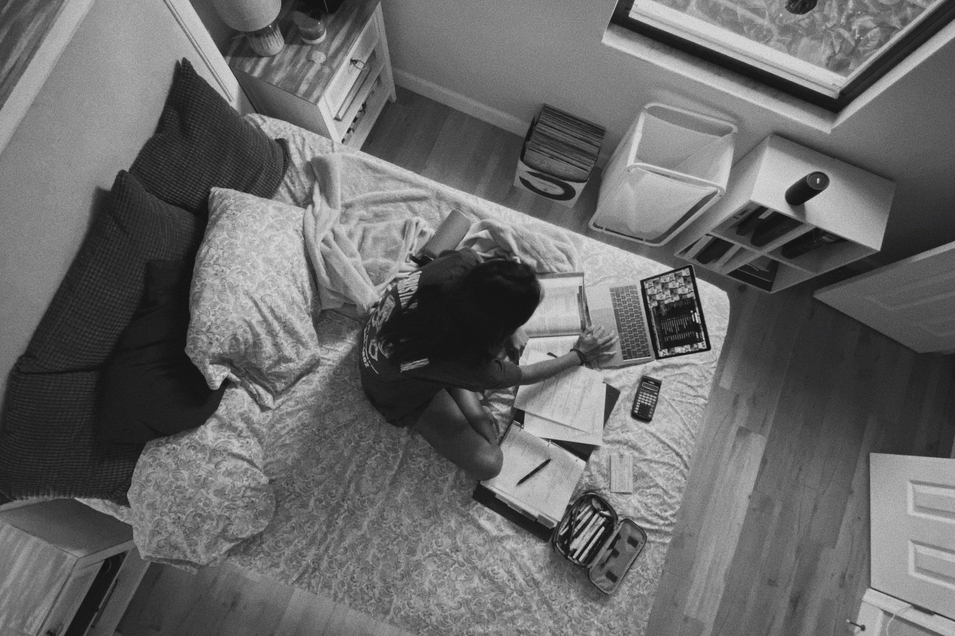 Bullying behaviors have been around as long as humans have gathered in social groups. But the tools bullies have access to have changed a lot in the past few decades.

“Unfortunately, cyberbullying is an extension of — and a turbocharger for — something that has been around for centuries,” says Dr. Michael Franz, a practicing child and adolescent psychiatrist and Regence’s senior medical director of behavioral health. “Where we used to think of it as the stereotypical things that happened on the playground, with kids being ostracized and physically assaulted, now it’s extended beyond physical and verbal interactions into the digital space.”

And when school is in session, incidents of cyberbullying tend to rise along with in-person bullying. What’s especially concerning, youth mental health experts like Franz say, is that online bullying can be harder for adults to spot — and for teens to escape.

“It’s 24 hours a day,” says Judy Gabert, a program specialist with the Idaho Lives Project, a youth suicide prevention program within the Idaho State Department of Education. “It can be midnight if they're looking at their phone or their computer. And it can come in different ways — in their email or their chat or their social media, so it’s more persistent than in-person bullying.”

These negative messages also are easier to share online. When they go viral, it extends the circle of shame. And research shows that there’s an empathy gap for kids who bully online, Gabert says. “The bully may feel less sad about the actions they took. There's a distance between them and the kid who they bullied because they don't have to look at their face or their body language after the incident.”

Globally, cyberbullying is viewed as a serious public health issue for young people. But here in the U.S., it can be tricky to quantify how many teens it affects.

A 2018 Pew Research Center survey put the number of those victimized at nearly twice as high: 59%.

What does this mean in practical terms? In their book “Bullying Beyond the Schoolyard: Preventing and Responding to Cyberbullying,” Sameer Hinduja and Justin Patchin, the Cyberbullying Research Center’s founders, define the practice as “willful and repeated harm inflicted through the use of computers, cell phones and other electronic devices.”

In other words, this is not a single case of someone saying or doing something online that hurts another person’s feelings. It’s long-lasting and intentional.

The researchers dig deeper into the issue in a recent fact sheet on identifying and preventing cyberbullying. It’s important to understand that these online behaviors have a significant real-world impact on teens, they say. “Many targets report feeling depressed, sad, angry and frustrated.”

In their survey, six out of every 10 teens who said they were cyberbullied also said it deeply affected their ability to feel safe and learn at school. And one in 10 said they had skipped school because of cyberbullying.

Research also links experience with cyberbullying to issues such as low self-esteem, anxiety, difficulties at home and school, violence and thoughts of suicide, they say.

Targets of cyberbullying can start to believe the harmful messages from the bully, says Emily Moser, director of YouthLine programs for Lines for Life, a suicide prevention nonprofit.

Cyberbullying can contribute to the escalation of mental health concerns, she says, because targets are isolated. “They're in this place by themselves — it’s about not having any counterbalance to the ugliness.”

How to spot cyberbullying

In some cases, it may be clear that something’s going on with your teen. They may stop doing the things they used to enjoy, behave differently, or avoid their school and home responsibilities. But often it’s hard to trace these changes to cyberbullying, partly because it can take so many forms.

As the U.S. Department of Health and Human Services notes on StopBullying.gov, cyberbullying is:

Other aspects of cyberbullying make it extremely difficult for teens, experts say. These include:

It’s also unlikely for a teen to come out and say, “ ‘I’m being cyberbullied,’ ” Moser notes. “They talk about it in different ways. They may know the term ‘cyberbully,’ but they don't know that when they're being isolated or called out online or in social media that it’s cyberbullying.”

Part of the difficulty is the sheer number of tactics and digital platforms cyberbullies can use, adds Franz. Among others, it can mean spreading rumors, revealing personal information, encouraging self-harm, sharing nude photos or harassing someone for being different.

Forewarned is forearmed, he says. That’s because even when parents have the best intentions to limit teens’ exposure, young people are going to witness negative online behavior.

Once you’ve established that you know these things happen, it’s also easier for teens to share when they or someone they care about is targeted. Hinduja and Patchin’s research shows that “positive parenting” — a practice that includes warmth, autonomy, support and structure — has an even greater impact on cyberbullying than on in-person bullying.

“Calm, healthy and nonjudgmental dialogue with a child about the pros and cons of social media, gaming and other online activities sets a tone that invites continued open communication about anything negative that might occur, ” Hinduja says. Being open and upfront “can keep them from going underground and hiding their experiences out of fear and shame.”

Ways you can help your child cope with cyberbullying

Setting drastic limits on your child’s screen time is likely to backfire, Moser says. “All of our YouthLine volunteers will tell us, ‘You don't understand, my phone is an appendage for me. I'm never going to put it down.’ It’s unfortunate, but that has been normalized. It makes it a lot harder.”

Here are some ways she and others suggest for parents to handle cyberbullying instead:

Not every incident of online harassment rises to the level of a crime. Even so, knowing that there may be legal options can help teens feel empowered. Sharing this information also may deter would-be bullies from engaging in cyberbullying.

Once again, though, it’s important not to judge. Ask your child what they were feeling when they behaved that way, or what was behind the words they used, Moser suggests. Help them consider the impact on others. “From there, you can talk about bullying across the board. You can say, ‘when this behavior shows up, I'm going to help you work through it. Now, how do we make it right?’ ”

Teens tend to live in the moment, Gabert adds. It can help to remind them that cyberbullying can have long-term consequences. “As a bully if I put things online, it may be out there when I want a job or there’s a college I want to go to. What happens to that opportunity if I am seen as a bully online? From that standpoint alone, kids need to be really aware that what I say online is there forever. Even if I think I have a private account, it can come back to me and affect my life.”

“There's a real opportunity for kids to take on an interventionist role,” Franz says. “They can really impact it by reaching out to the person who's behaving badly and saying ‘hey, I saw that, and I don't like it. Please stop it.’ They don't need to be rude or reactionary, but they can try to influence it. Then they can also reach out to the victim and do the same by saying, ‘hey, I'm here for you. I'm sorry. That happened and it shouldn't have.’”

Teens often see messages from peers as more credible than from adults, he adds. “As we get more kids taking a leadership role, it’s true peer pressure, in a positive way.”

She recommends activities like journaling or taking a walk outside, or just putting the phone down to get a glass of water or take a shower.

Acts of kindness like holding a door, picking up trash or saying something nice about others can change how teens see the world, Gabert adds. “It shows they have power over how they feel. They can embody the characteristics that they would like someone to treat them with.”

Your health plan also can help you find a trusted counselor, he adds. For Regence members, Franz recommends signing in to their member account to explore behavioral health resources and contact customer service for help. They’re available to connect families with resources and providers geared toward youth mental health.

Tools for parents to address cyberbullying

One of the best things you can do for a child who’s being bullied is emphasize hope, Moser says. “Offer them some sense is that life is not always going to be like this, and that there's a lot outside of these people who are bullying you.”

The following resources can help you dig deeper and support your child:

As a caring adult, you can demonstrate ways for teens to hang onto the positives in their lives when things get rough. “They have power and control over so many things,” Gabert says. “We need to encourage them to find that. They just need to know that they have that power to be okay with themselves.”

Jillian Cohan Martin is a journalist and content strategist based in Portland, Oregon.

“We have a pandemic on top of an epidemic” is how Regence’s Senior Medical Director for Behavioral Health Dr. Mike Franz describes the state of behavioral health today in the US.