Medicare basics – what you need to know! 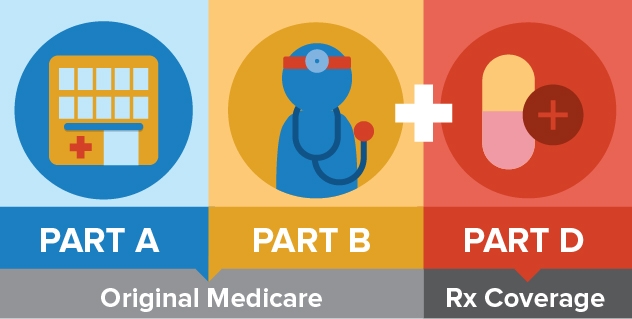 By the time your 65th birthday rolls around, you may think you have insurance all figured out. But insurance can be complicated and confusing. Medicare, even more so. Do you know the difference between Part A, B, C & D? Or what a “donut hole” is?

There is a lot to know and understand. But knowing where to turn for simple explanations and resources can really help. The most important thing is to understand how each part of Medicare fits together. Here is a broad overview so you’ll be fearless knowing you have the right Medicare plan when you or a loved one becomes eligible to enroll.

Medicare is a federal health insurance program that covers people over 65 years of age, as well as qualified people of any age with disabilities, and people with End-Stage Renal Disease.

The four key parts that make up Medicare are:

Part A and B – Original Medicare

Medicare has been federally regulated since 1965 when then President Lyndon B. Johnson signed the bill for Part A and B coverage. Today this is called “Original Medicare.” Part A covers hospital care and is free as long as the covered person has paid into Social Security for at least 10 years. Part B is medical coverage (meaning care received at a doctor’s office). It covers both medically necessary and preventive services.

The Donut Hole and Part D

Those are the basics. If you have questions or would like to learn more, visit regence.com/Medicare.