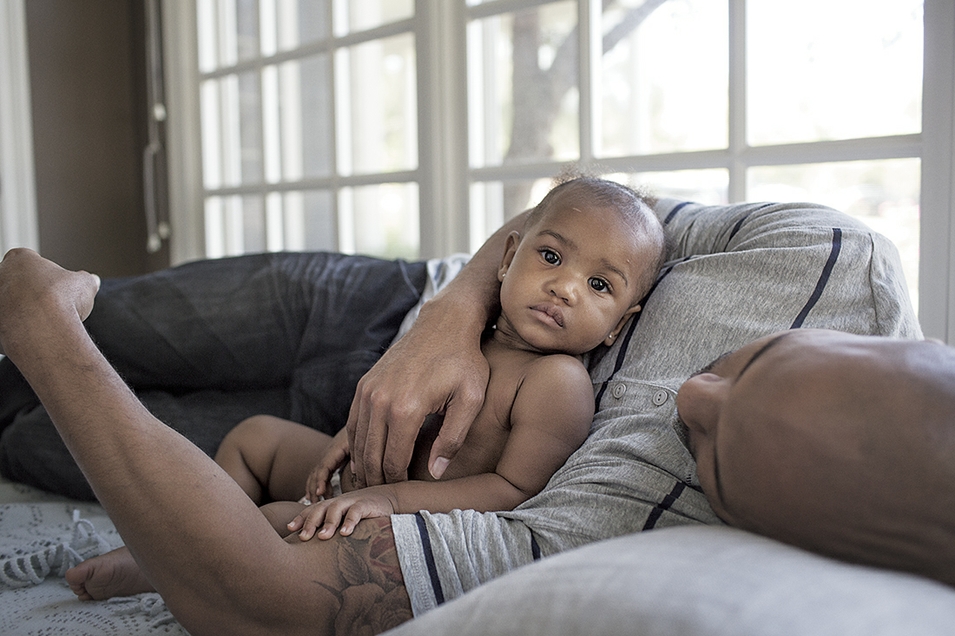 Effects on the family

The first year is a critical time for the infant and parents to establish a secure attachment. Depressed parents may be less affectionate and responsive with the child and show irritability, apathy or even hostility toward their infant, which leads to an insecure attachment. During this time, increased stress on the relationship can complicate the marriage or partnership as well.

Fathers spend more time with their children now than previous generations. However, many report they did not learn parenting skills from their own fathers and lack understanding of what is expected. In fact, evidence over the past two decades shows a father’s impact on their child’s life contributed to the child’s health, including the damaging effects of paternal PPD.

“Father’s with PPD are less likely to provide positive support to the new child and mother during the first year which can lead to emotional and behavioral challenges in children and adolescents, including depression and anxiety,” said Dr. Mike Franz, Regence’s senior medical director of behavioral health and a practicing child & adolescent psychiatrist. “Fathers are less likely to seek help for depression, and the lack of awareness of paternal PPD can be a barrier to men seeking help.”

TalkSpace.com says masculine stereotypes can affect a man’s mental well-being. A study from 2017 shows these stereotypes of masculine traits stigmatize men in ways that lead to decreased mental health and that men are less likely to reach out for help when they need it.  Unlike women, who normally express sadness, or hopelessness when experiencing postpartum depression, men may commonly appear angry or anxious.

Franz says we can all help reduce the stigma of mental health by encouraging a culture where it’s okay for dads to ask for help.

“Dads are taking on bigger roles in parenting than previous generations which brings new ideas on what fatherhood looks and feels like,” says Franz. “We can be supportive by reaching out, having open conversations about what’s going on and encouraging healthy mental well-being practices.”