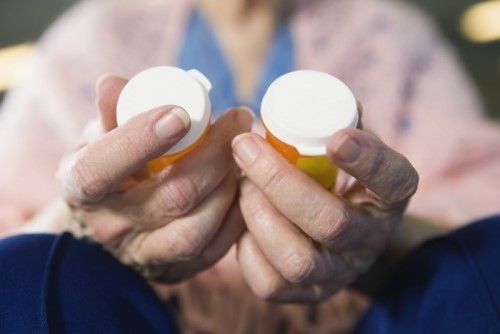 Policymakers across the country have attempted to solve prescription drug affordability. However, many attempts have fallen short due to the inability to address the root causes of rising drug prices without simply shifting costs to others in the health care ecosystem.

The Regence Health Policy Center is examining a range of policy options including promoting increased patient access to biosimilars, encouraging the design and implementation of innovative payment models and encouraging drug price transparency.

For example, the policy center spoke to Andrew Stolfi, director of Oregon’s Department of Business and Consumer Services which administers the state’s Prescription Drug Price Transparency Program about what Oregon is doing to address the high costs of drugs.

Have you ever used a coupon to get a discount on a prescription drug? If so, you’ll want to read the policy center’s take on drug manufacturers’ billion-dollar scheme to bait patients into using higher-cost, brand-name drugs when less expensive alternatives are often available. Government insurance programs such as Medicare and Medicaid have banned copay coupons as a form of an illegal kickback. The policy center considers legislative solutions to counter the market distortion caused by drug coupon programs.

Ever hear of white bagging? Brown bagging? Or clear bagging? Learn about the important cost considerations of each. Spoiler alert: white bagging may provide cost savings that can be passed on to patients. These terms refer to how specialty drugs – used to treat complex, chronic or rare conditions – are acquired and delivered to patients. Given the potential cost savings, white bagging legislation is gaining popularity in many states.

At Regence, specialty drugs account for less than 2 percent of Regence’s claims but account for more than 55 percent of annual drug spend. Do biosimilar drugs hold the key to unlocking prescription drug affordability? A lot of people think so because they cost 15 to 30 percent less than biologics. Bio-what? Biologic drugs are manufactured from living cells through a highly complex manufacturing process. Biosimilars are biologics that are highly similar and as safe and effective as the original biologic. Today, biologics and biosimilars are available to treat rheumatoid arthritis, psoriasis, Crohn’s disease, multiple sclerosis, diabetes, certain cancers, hemophilia, and other conditions. Regence is a leader in biosimilars adoption.

Interested in learning more? The Regence Health Policy Center is sponsoring a free webinar titled: “Improving Drug Affordability: The Promise of Biosimilars” from 11:00 to 11:45 a.m. (PT) on Nov. 29.