Regence BlueShield, a leading force in the fight against cancer 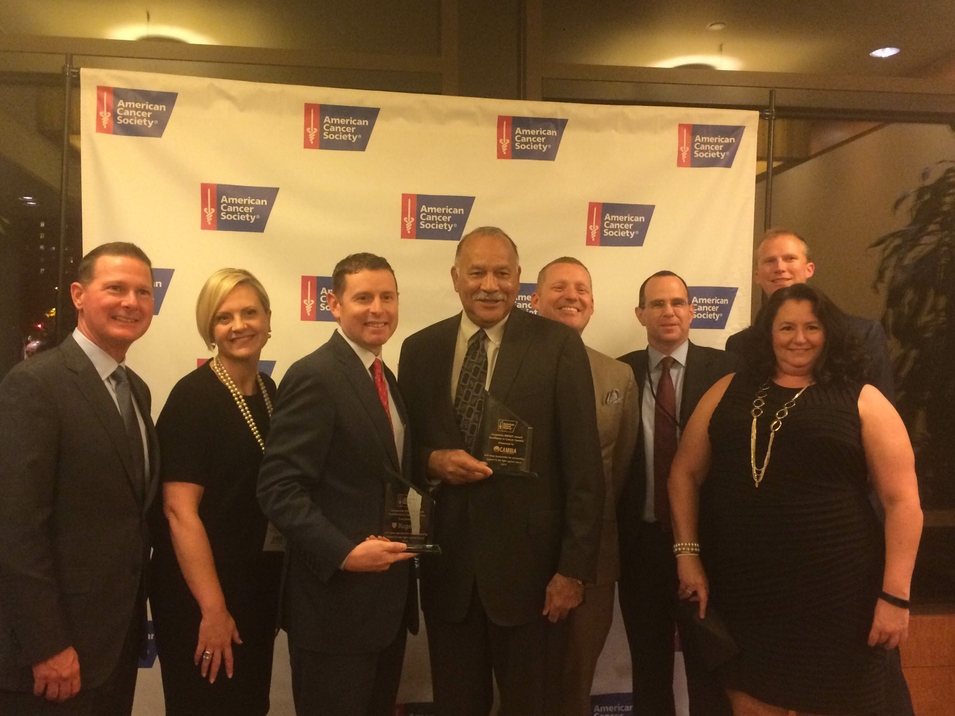 On Thursday, November 5th Regence BlueShield joined the American Cancer Society and other local companies for the 11th annual American Cancer Society Legacy and Leadership Awards Ceremony. This event recognizes local researchers, community and corporate partners, and volunteers. It also highlights local accomplishments that have been made in the fight against cancer.

This year, Regence received the American Cancer Society’s corporate impact award recognizing Regence’s excellence in cancer control. This award is the highest honor that can be given to a company by ACS and acknowledges corporations for their community involvement as well as engagement and leadership in working to bring an end to cancer’s negative impact in the work place. I’m privileged to work alongside President Don Antonucci who has made a significant impact in this community by being the co-chair of CEOs against Cancer as well as Jeremy Whelham, Regence’s Events and Sponsorships manager, who sits on the local ACS board.

American Cancer Society recognized and selected Regence due to the programs we supply to our members as well as our employees which work on preventive actions including nutrition, tobacco, cancer screenings, and physical activity. We were joined by UW Medicine, Puget Sound Business Journal, and HomeStreet Bank to celebrate community involvement and our collective dedication to ending cancer.

We are humbled and honored that Regence BlueShield was recognized for our preventive care work as well as our involvement in the community. I look forward to partnering with ACS as we continue the fight against cancer.