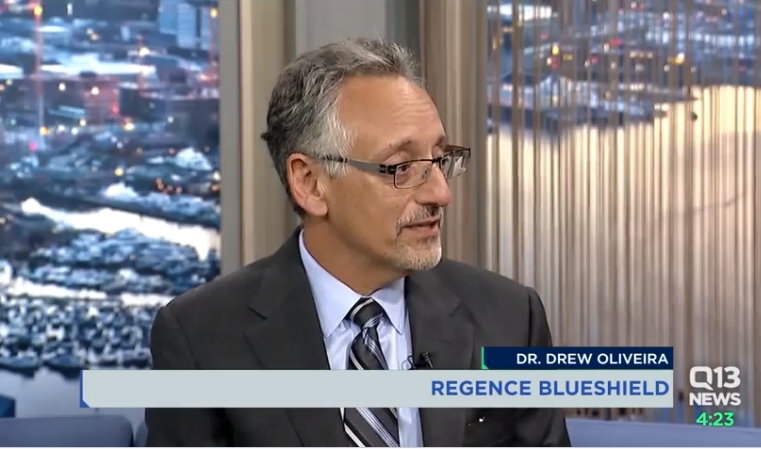 Before the measles vaccine was discovered in 1963, it’s estimated there were 3-to-4 million cases in the United States every year. By 2000, thanks to an increase in vaccinations, measles was considered to have been eliminated—not a single case was reported over a 12-month period. Unfortunately, so far in 2019 the Centers for Disease Control and Prevention (CDC) has tracked 1,241 cases across 31 states, including 86 cases in Washington State.

Dr. Drew Oliveira, Regence BlueShield’s senior executive medical director, recently joined Q13 FOX to discuss the history of measles and reasons behind the current outbreak. Most importantly, Oliveira notes that getting vaccinated for measles is critical, given it’s 97% effective. Measles is a highly-contagious disease that can cause a high fever, runny nose, cough and eventually a major rash. Vaccinations protect both those who receive the treatment, as well as those unable to be vaccinated, including newborns and those with compromised immune systems due to illness.

Watch the full interview below. Additional information is also available online. Recommended vaccines, including measles, are part of Regence members’ preventive health insurance benefits, meaning there is no out-of-pocket cost. Adults who don’t know or can’t remember whether they have been vaccinated for measles, should ask their doctor to be vaccinated. Repeating the shot won’t hurt you. You can also get a vaccination at some pharmacies.