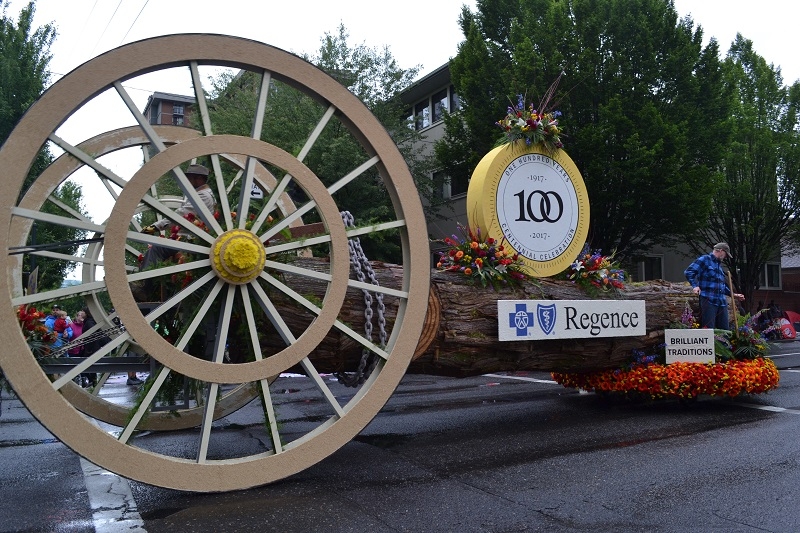 Have you ever wondered what happens to the thousands of flowers included in Rose Festival Grand Floral Parade floats? In 2017, the Portland Rose Festival partnered with The Bloom Project, a volunteer-driven nonprofit, as its official charity partner to continue a brilliant tradition of repurposing parade float flowers to create bright bouquets for local hospice and palliative care patients. As part of Regence BlueCross BlueShield of Oregon’s participation in the Rose Festival, we captured a video featuring these efforts.

The Bloom Project has been giving the gift of fresh floral bouquets to these patients since 2007. Local businesses, community members and special events teams donate flowers and vases, which are then re-purposed to create bouquets, designed and delivered by volunteers to local hospice organizations. Hospice nursing staff, clergy, social workers and volunteers deliver the bouquets to patients in their home or care facility.

You can see the amazing work in action by following the journey of a single flower, from its initial selection and arrangement on a float, to its inclusion in a bright bouquet, delivered to its final destination, Legacy Hopewell House Hospice.

Regence was proud to continue this brilliant tradition with the Bloom Project at the 2017 Rose Festival. We look forward to the Rose Festival every year and all the joy it brings to our community. The Regence float, which was included in the annual Spirit Mountain Casino Grand Floral Parade on June 10, helped mark our 100-year anniversary, reflecting our humble beginnings and deep roots in the Pacific Northwest. Regence was honored to receive the Queens Award, for the most outstanding non-animated float in the 2017 Rose Festival Grand Floral parade.