Millennials are less healthy than Gen X, according to new Health of America report 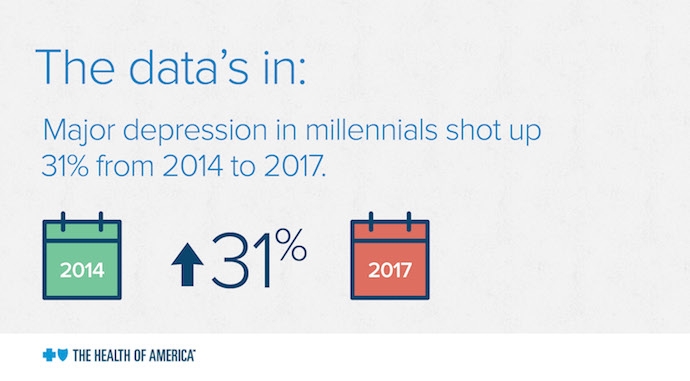 Millennials—those born between the years of 1981 and 1996—have substantially higher diagnosis rates for eight key health conditions than Generation X did at the same age, according to a new Health of America report released by the Blue Cross Blue Shield Association (BCBSA) this week.

Based on their current health status, millennials are more likely to be less healthy later in life compared to their Gen X counterparts. This leads to implications for health care costs and work force productivity in future years. 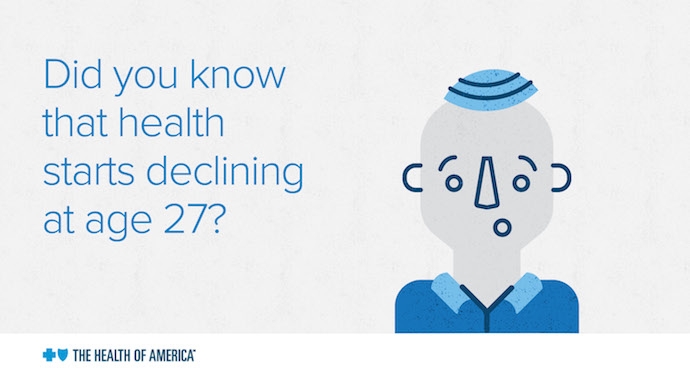 “Debt, a constant connection to technology, and societal pressures are all possible contributors to stress spikes in this millennial generation,” said Dr. Drew Olivera, an Executive Medical Director for Regence health plans. “Unfortunately, we’re beginning to see these manifest in a host of physical and behavioral conditions at an alarming rate that can have adverse, immediate and long-term health effects.”

Regence works to address millennial health through an integrated and accessible approach that includes behavioral health. We provide telehealth services that allow members to access treatment when, where and how they need it, in addition to wellness and other programs and tools that help address behavioral and physical health conditions.