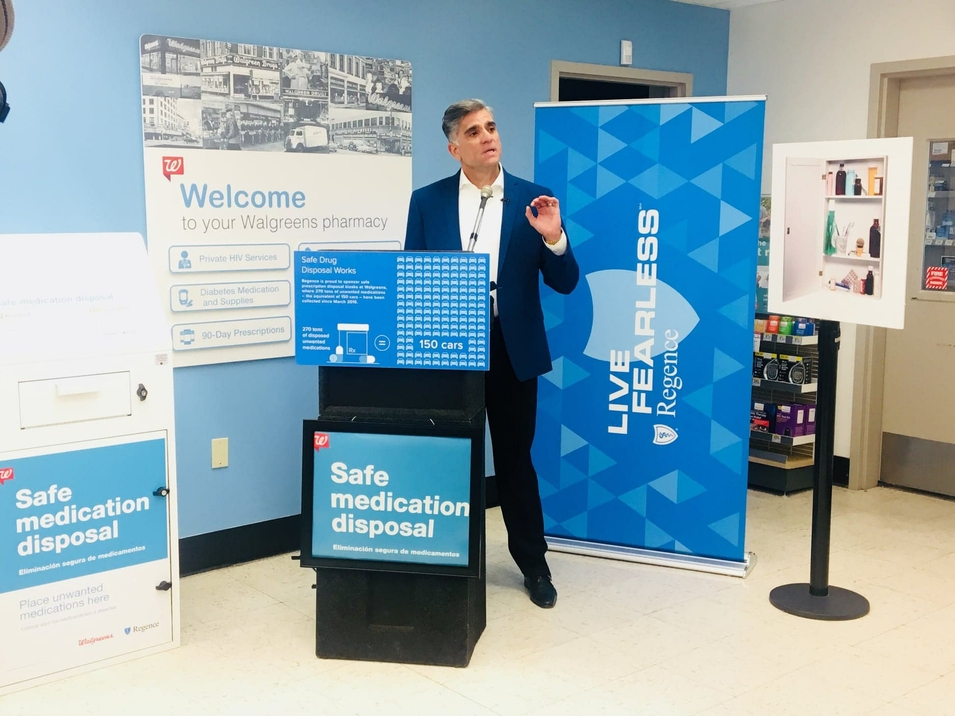 Officials from Regence and Walgreens highlighted the sponsorship at a Tacoma Walgreens store, where a Regence-sponsored kiosk will be available for free and safe disposal of medications during store hours. 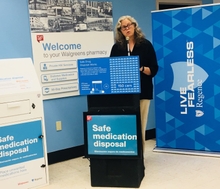 Washington Rep. Laurie Jinkins attended the event in her own 27th legislative district, welcoming this partnership between Regence and Walgreens as an important part of addressing the opioid crisis.

“The opioid epidemic is so vast and wide-reaching - not just in my community but across the United States. It’s only with these kinds of partnerships do I think we have any chance of really getting on top of this issue and making sure we end this epidemic.”

Pierce County Executive Bruce Dammeier also attended and said drug-take back kiosks like these make his community safer by getting dangerous medications out of people’s homes.

“Take a look in your medicine cabinet at home and chances are there will be opioids,” he said, “unwanted, unused, unneeded, and there for the taking. Disposing of them prevents someone else from getting addicted.” 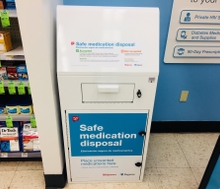 Polo emphasized Regence’s commitment to decreasing opioid misuse, citing that Regence is well ahead of schedule on a goal of reducing prescriptions 25 percent by 2020. Prescriptions are already down 22 percent, and Regence will likely meet its goal by the end of 2018.

As the event came to a close, an elderly community member stepped forward to dispose of a large brown bag full of medications that had been prescribed to his wife before she passed away four years ago. “I didn’t know what to do with all these until now,” he said. The man heard about the drug take-back kiosk over the radio that morning and decided it was time to dispose of the leftover medications and get them out of the house where he said his grandkids play.

While @brucedammeier & I were celebrating the opening of a drug take back kiosk (6th Ave. Walgreens), an elderly gentleman came by with a large bag of medications to dispose of. What great timing! Now his house is much safer for his grandkids. Thanks @RegenceWA and @Walgreens. pic.twitter.com/2R1SlSO3Y8

Dr. Polo shook the gentleman’s hand as the medications tumbled into the secured disposal box.

“I noticed that a few of those bottles contained opioids. He’s getting those out of his home and he’s getting them out of his community, and that’s exactly what this is all about.”

Two-thirds of teen and young adults who say they abuse prescription medication say they get it from family, friends, and acquaintances, according to Partnership for Drug-Free Kids. Removing unwanted medications from your home can help reduce the risk of misuse.

Regence also is sponsoring kiosks in Walgreens stores in Oregon, Utah, and Idaho, and plans similar events in communities there.

Watch local news coverage of the event on Q13 News: 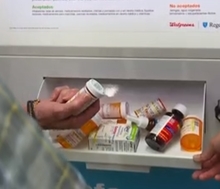 Learn more about Regence’s response to combat the opioid epidemic.