Concerned about your teen’s social media use? 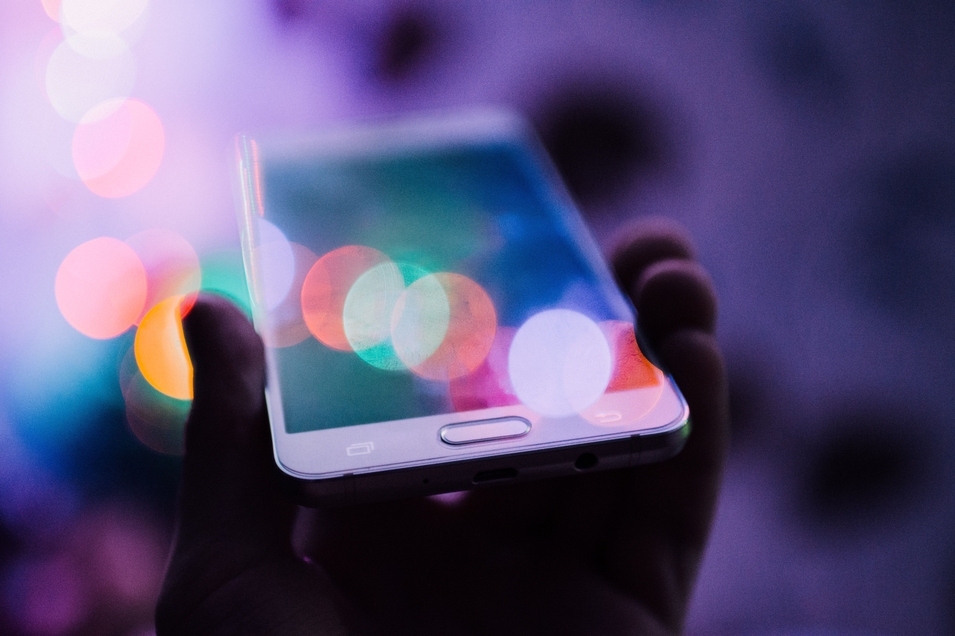 You’ve watched it happen. Your teen is on their phone, scrolling Tik Tok, YouTube, Insta. At first it seems fine. They’re connecting with friends and learning from influencers about music or science or anime or whatever else they’re into.

They seem withdrawn, but the pandemic made lots of teens turn to social media for connection. Maybe this is normal? Other parents don’t seem concerned. Should you be?

When it comes to teens and social media, experts say there’s a lot that could challenge teens’ mental health — but also signs of hope in how technology can be used to find support.

“The majority of kids are able to balance their technology and real life,” says Dr. Susan Bartell, a parenting expert, author and child/teen psychologist. “It becomes a problem for those teens who become addicted to it — those who use it instead of face-to-face interaction and don't do anything other than technology.”

She and other mental health practitioners urge parents to give the issue attention not just in May, which is Mental Health Awareness Month, but year ‘round.

A growing need for support

First, some context. “There’s been a crisis in youth mental health that preceded the pandemic,” says Dr. Kyle Johnson, a child and adolescent psychiatrist and professor at Oregon Health & Science University whose work focuses on suicide prevention.

COVID-19 reduced some of the stigma around asking for help, Johnson says, but teens’ needs have been growing for years — and the pandemic accelerated them. The national numbers support that view:

With all that to consider, what can concerned adults do to make sure our young people are OK?

“As parents and caregivers, it is important to attend to the amount of time spent in front of screens as well as the quality of the content that we allow children to engage with on their screens,” notes psychologist Dr. Alfiee Breland-Noble, founder of the AAKOMA Project, a nonprofit that empowers marginalized youth to care for their mental health.

Breland-Noble, Bartell, Johnson and others say there are no simple fixes — but being attentive to your teen and setting aside judgement are good places to start. Here’s how.

Be available to your child, but don’t helicopter

It's important to have open lines of communication with teens so that they’ll be comfortable sharing what’s going on in their lives — online and in real life.

“It really starts before they’re teens,” says Andree Miceli, Regence’s clinical director of behavioral health. “It's up to parents to provide a safe space so that their child wants to talk to them. If we're bombarding them with questions and accusations, it is just going to push them away.”

If you’re unsure how to connect with your teen, try the “three good things” rule. At the end of the day, invite your family to share three good things that happened, large or small. This technique, recommended by the American Psychological Association, can lower anxiety, counteract depression and build emotional strength.

Another resource to try is Sound it Out Together, a tool kit Breland-Noble worked on with the Ad Council that includes a conversation guide, music videos with animated lyrics and other ideas to help parents talk with teens about mental health.

If your teen used to sleep well and now they’re a zombie in the morning because they’ve been scrolling far into the night, or if they’re withdrawing and seem extremely stressed because of what’s being shared on social, get involved.

“In mental health, we define problematic use as when it may rise to the level that the symptoms are causing significant distress or impairment,” Johnson says.

You know your child best, Miceli adds. If they’re not getting enough sleep, not socializing the way they used to, or putting aside schoolwork, family time and in-person activities in favor of social media, it could be time to intervene.

Set limits — gently — and model them yourself

Social media can give your brain a dopamine hit (the feel-good chemical reaction we get from connecting with others), but “we need the balance of real conversation and real social skills,” Miceli says.

It’s rare for teens to be able to strike that balance on their own, she adds. “It’s up to parents to put that structure in place, because the kids aren't going to do that themselves. Most of them are not fully equipped to do that.”

Breland-Noble says data shows teens spend about four hours a day on screens and echoes the need for parents to guide that use. Some families may find that setting an hourly limit for social media use works for them, while others may find that they prefer to focus more on the quality of online interactions their teen is having.

“In general, active participation is healthier than passive,” adds Johnson. For example, watching Tik Tok by yourself on the couch isn’t as healthy as creating your own Tik Tok with friends or meeting up online to play video games with multiple people.

Drastic limits on screen time are likely to backfire because teens are all-or-nothing thinkers, he says. In fact, CDC research shows that taking away a teen’s mobile device is a risk factor for suicide attempts.

“It’s a big part of their lives and the way they connect with the world — even more importantly since the pandemic because they've been socially isolated,” Johnson says. If you decide to restrict phone access, he suggests making sure your teen knows when they’ll get their device back.

Setting an example of healthy social media use is important, too, Bartell says. “Modelling this balance is critical. Many parents rely on technology (gaming, social media, etc.) as much as, or more than their teen.“

Having trouble with your own urge to scroll? Check out these tips Miceli offers for adults.

If your teen resists your efforts to get them to open up about what’s happening on social media, consider checking in with their friends to see if there’s cause for concern.

“We can't force someone to talk,” Miceli says. “All we can do is create the environment where they would be willing to talk.” If you’re not the person they’re willing to open up to, perhaps there’s a coach, a neighbor or an older cousin who could fill that role.

As the research highlighted above shows, many teens could benefit from the support of trained mental health providers. If your teen works with a therapist regularly, they’re less likely to need crisis-level support for their mental health. And if they are in crisis, they’ll have a provider who knows how to treat them.

If you’re not sure how to find mental health care for your teen, Johnson suggests starting by having a conversation with their pediatrician or primary care provider. “Many pediatric offices now, have mental health providers integrated into their programs and are helping parents address some of these questions,” he says.

Your health plan also can serve as a resource to identify providers who work with teens, since not all therapists serve young people. “I would advise Regence members to call us so we can guide them,” Miceli says. The network has added 1,000 providers this year and is working on more resources for behavioral health care, she says.

Empower teens to find their own safe spaces

As digital natives, teens have a larger world of peers to connect with than previous generations. That’s a gift for young people who may not feel as though they fit in with their classmates.

“Teens are often a great resource for locating spaces that bolster and uplift their identities, especially for marginalized youth,” says Breland-Noble.  This is particularly true for LGBTQIA+ teens, who are more likely to have close friends who they only know online.

“There are sometimes not enough LGBTQ kids in one high school for a teen to feel a full sense of acceptance, but they might find a larger social acceptance in a social media group,” Bartell says.

A recent study found that about one-third of LGBTQIA+ youth see social media as an important creative outlet, a source of inspiration and a way to find support. More than half said connecting with others on social media makes them feel better when they’re sad.

Historically marginalized youth also frequently experience prejudice and cyberbullying, though. For instance, in the same survey Black teens reported even higher reliance on social media for inspiration, creativity, support and connection, but nearly 70% also said they encountered racist content online. And nearly 75% of LGBTIQIA+ teens said they were exposed to homophobic content.

The AAKOMA toolkit also offers a simple guiding principle that could benefit all social media users: “Check your feelings as you read. If it’s making you feel anything other than positive feelings, stop following.”

Jillian Cohan Martin is a journalist and content strategist based in Portland, Oregon.